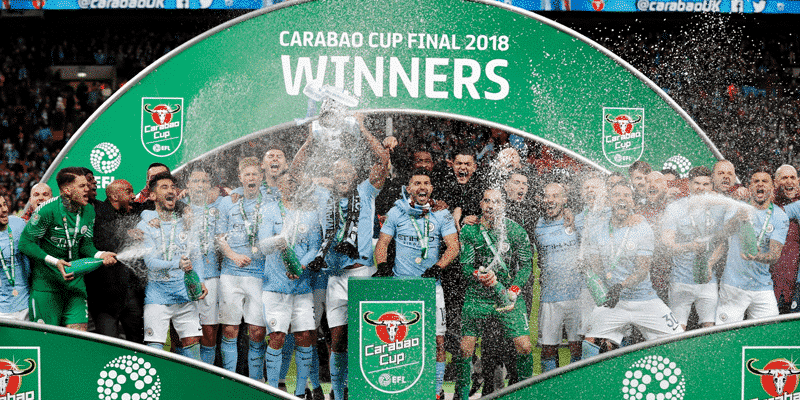 Also known as the EFL Cup, the League Cup is currently called the Carabao Cup as this is their current sponsor. Open to all members of the Football League which totals 92 two teams, it was first held in 1960-61. They are currently all one-legged tied until the semi-final and extra time is only used in the final. The introduction of it was directly aided by the fact that teams now had floodlights, meaning games could be held midweek which they still are to this day. In fact, the only match not now held midweek is the final.

The tournament format has not changed a great deal and it is a direct knockout competition held over seven rounds. Recent years have seen the introduction of a seeded system whereby higher ranked teams and those involved in European football enter in the latter rounds.

The League Cup was initially introduced when attendances at English football matches were down. It was met with a lukewarm reception with many considering to be adding quantity as opposed to quality into the league season, this debate still remains to this day. Aston Villa won the first competition in 1960-61 whilst the first time Wembley hosted the cup was in 1967 when a third-tier side, Queens Park Rangers, lifted the trophy.

It was not long before UEFA granted the winners a place in the UEFA Cup, however this was a direct result of the Football League threatening to withdraw from European competition if this was not awarded. This increased the standing of the competition with teams beginning to take it seriously. Whilst Manchester United refused to enter in 1968-69 and Everton doing the same in 1970-71 it became an obligation of a club to enter the following season.

Most Goals In A Season – Clive Allen (12 Goals)

Since being founded in 2007 BigfreeBet.com has grown to be one of the top go-to betting comparison sites, especially when looking for free sign up offers.

We also offer a number of betting articles and advice on different topics.