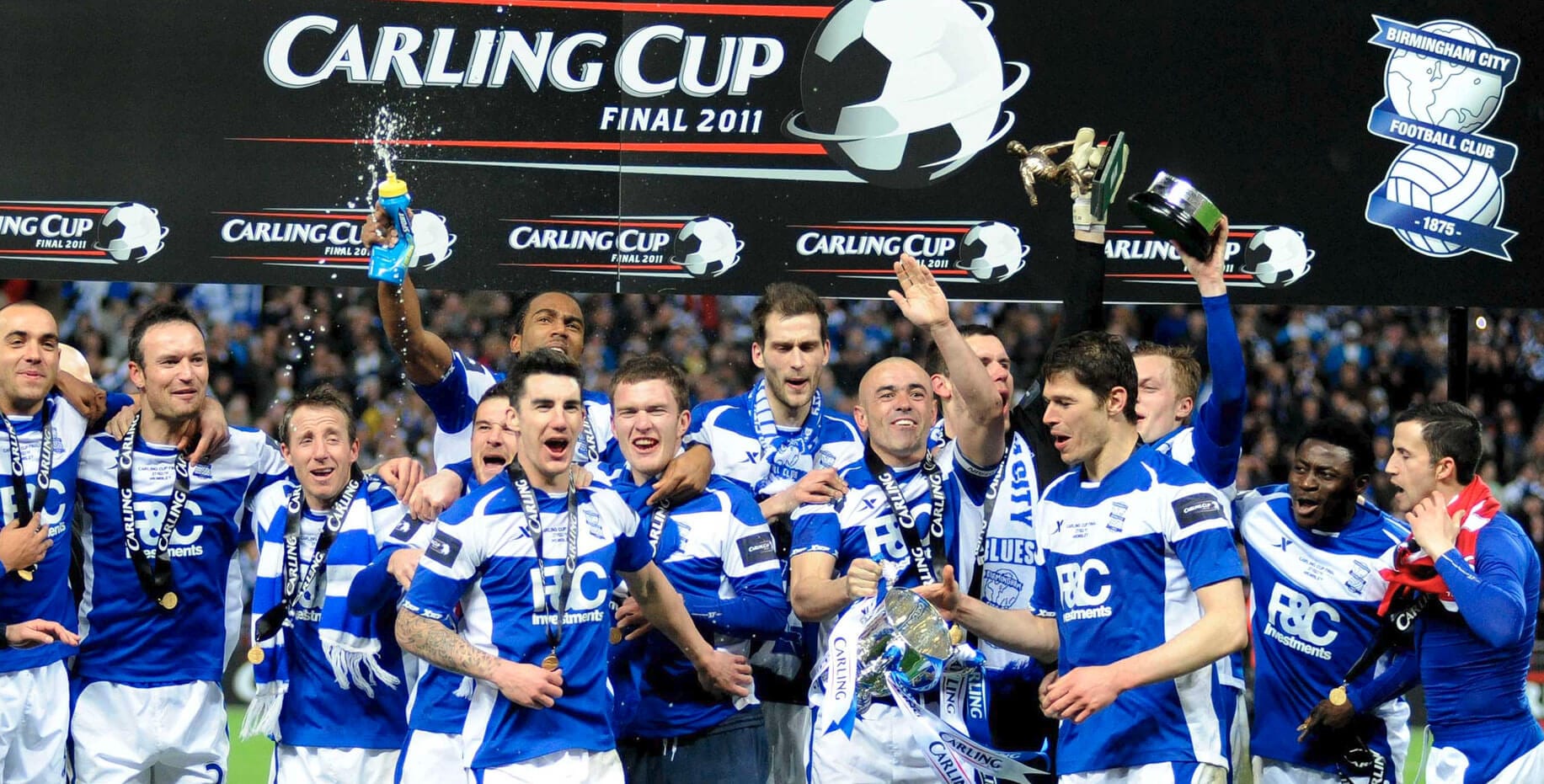 There’s something that can be quite intimidating about a football club’s nickname. Nobody wants to come up against a team who liken themselves to Gunners. Going face to face with a pack of Wolves or Tigers is enough to send a shiver down the spine, and let’s not even mention The Spartans!

On the other hand, a trip over to the home of the Gingerbread Men, well, that sounds rather tasty!

At Big Free Bet we love an unusual football nickname, and it got us thinking, while nothing quite beats a team called the Mintcakes (Kendal Town if you’re wondering), what is the beautiful game’s most popular nickname?

Unfortunately, we discovered very quickly there is a whole heap of clubs out there that are incredibly unimaginative. An apt name due to how we were all feeling following our research, The Blues is, in fact, English football’s most popular nickname, with 23 of the 369 clubs studied claiming it as their own. The likes of Chelsea, Birmingham City, and Whitby Town all share the name, and all, as you can probably guess, wear a blue home strip.

But what about the other 95% of clubs spanning the football pyramid?

The Reds and the Lilywhites both feature highly for similar reasons with 10 and seven teams respectively, while all colours take up a massive 59 nicknames. Naturally, many of these are fairly drab, although Harrogate Town has taken it upon themselves to make it at least a little more refreshing.

Stepping out onto the Wetherby Road pitch in yellow and black every week, they shunned the name Yellows – unlike North Leigh and AFC Sudbury – in favour of The Sulphurites, a chemical element with a bright yellow colour. Interestingly, when burnt it emits a sharp blue flame, the colour of their away kit.

A Look To The Skies

To find the second-placed nickname you need to have a peek in the trees. Fifty-four clubs in the first eight levels of the football pyramid are named after birds, with 20 different species represented. The most popular of these is The Robins. Most common with teams wearing red, 13 teams carry the name, stretching from the Championship’s Bristol City right down to Carshalton Athletic in the Isthmian League Division One South, who also happen to have a very stylish image of a robin on their club crest.

Naturally, you won’t be surprised to hear that The Magpies is the second most popular bird nickname with both Newcastle United and Notts County the best examples. The Eagles and Swans are represented in the Premier League by Crystal Palace and Swansea, while you’ll also see the Bluebirds, Crows, and Ducks to name a few further down the pyramid.

The Magpies tie with The Lilywhites for sixth place in the overall nickname tables, making them the only two birds in the top 10, but what else makes the list? 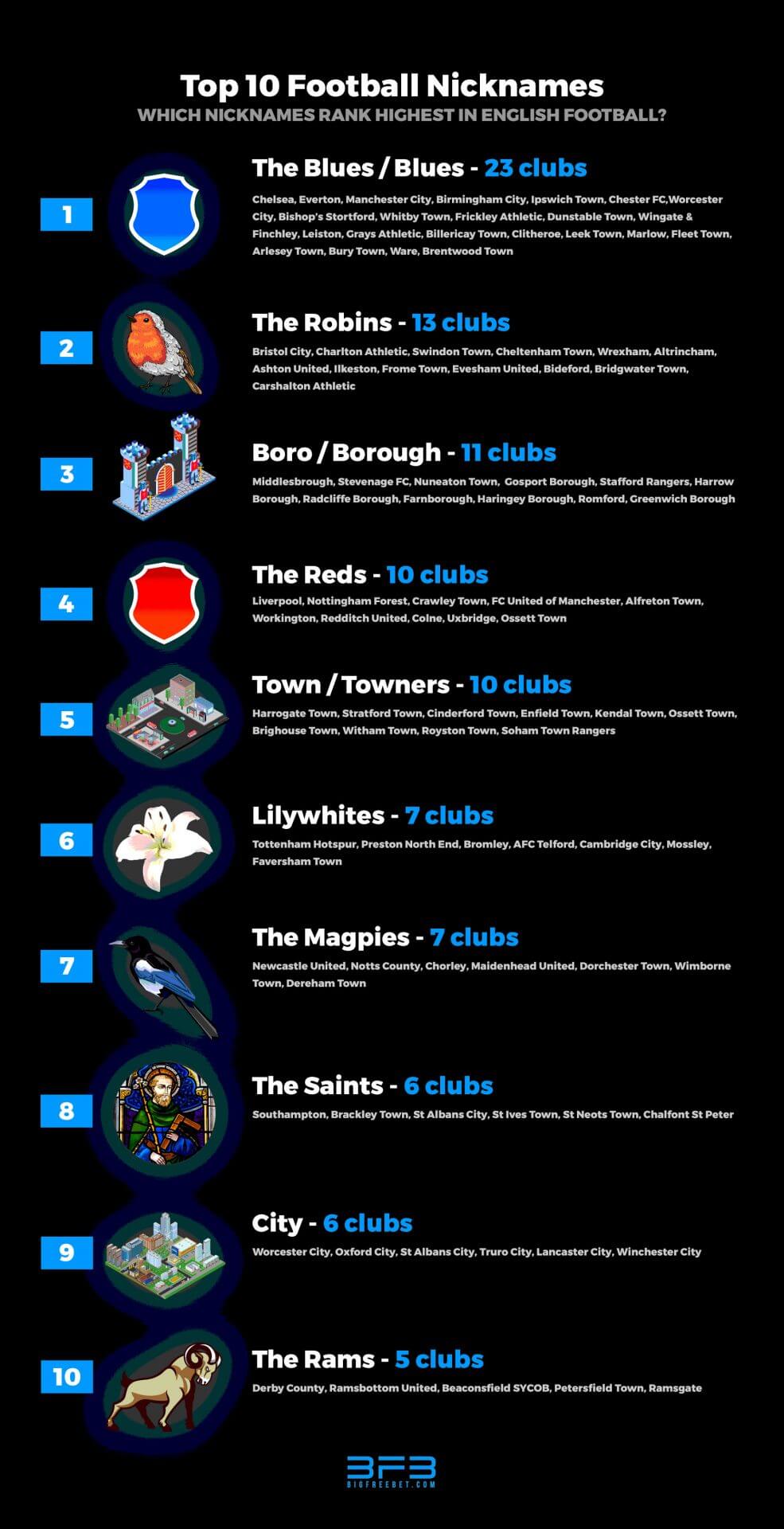 While it’s surprising that The Reds don’t come close to The Blues, what’s more surprising is they lie in fourth place, joint with The Town, despite the latter having no teams within the Football League. The Boro sit third with just two clubs separating it from The Robins. The rest of the top 10 are made up of The Lilywhites and Magpies (joint sixth), The Saints and City (joint eighth), and The Rams in 10th.

When organised football clubs first began to emerge in Britain, it was at the height of the industrial revolution. An escape from the factories, it provided men with a chance to socialise and let off a bit of steam. The likes of West Ham, Arsenal, and Manchester United started as work teams, the latter by a department of Lancashire and Yorkshire Railway in the Manchester suburb of Newton Heath.

Industry is what gives every town a real identity, and it certainly reflects in their football teams. Coastal teams are often affectionately known as the Trawlermen, the Shrimpers, or the Dockers. South Yorkshire’s strong steel heritage is reflected in its clubs, while the thriving gingerbread making towns of Grantham and Market Drayton are represented by the Gingerbreads and the Gingerbread Men and, incredibly, they’re in the same league!

The brewing industry also comes into focus fairly regularly. Both Burton Albion and Tadcaster Albion are famed for their beer; Tadcaster being the home of John Smith’s and Samuel Smith’s and Burton-upon-Trent being the UK capital of brewing with eight breweries in the town.

Dipping further into non-league, you’ll find several pubs represented too. The Dolly Blues, aka Lancaster City, earned their nickname thanks to a former pub of the same name located opposite the Giant Axe. Droylsden also has a similar story with both their stadium – The Butchers Arms – and Bloods nickname, paying homage to the pub fans would once frequent.

From the Butchers to The Lambs, animals are also well represented. Some of the more interesting ones include The Beavers of Hampton & Richmond, The Moles of Aylesbury and Molesey and The Badgers of Stalybridge Celtic who earned their name thanks to Bower Fold’s proximity to a nature reserve. 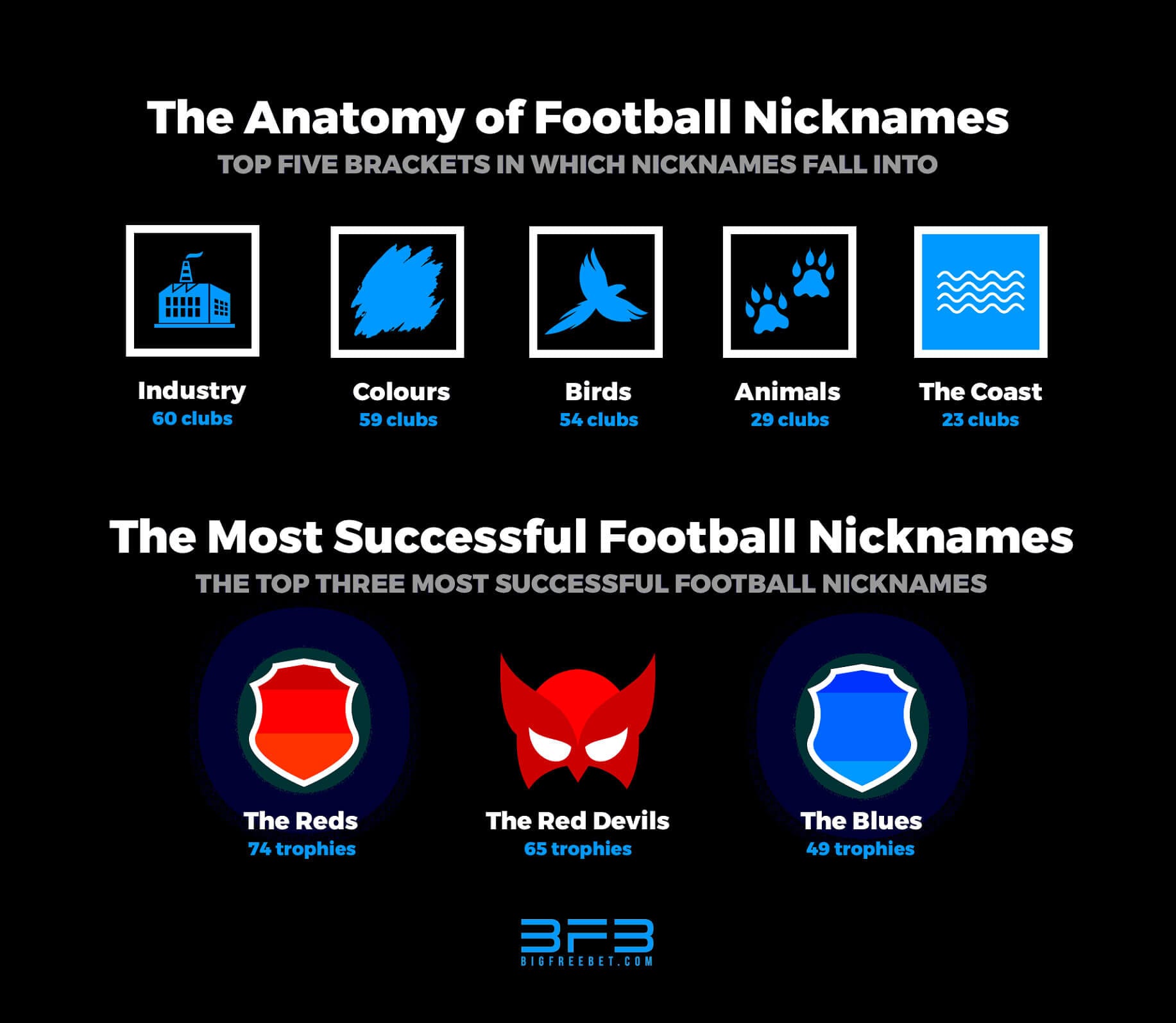 Football, however, is all about winning and that’s true when it comes to betting on football. While it’s lovely to be named after a biscuit or a Christmastime bird, the likes of Grantham Town and Altrincham are yet to win any major honours, not unless you’re counting the Lincolnshire Senior Cup or the Bob Lord Trophy anyway.

Winning the FA Cup or the Football League catapults teams into footballing folklore, and surprisingly, despite The Blues having over double the number of teams, The Reds is the most successful footballing nickname.

Thanks in the main to Liverpool and Nottingham Forest, The Reds have won a staggering 74 major trophies between them, beating The Blues into third by 25 trophies. In fact, Manchester United alone have won more trophies than The Blues combined, placing The Red Devils in second.

So there we have it, footballing nicknames. If you’re going to place a bet on any team, back The Reds. Support-wise, there’s a wealth of fun, interesting, and damn right cool nicknames out there.

The number of premier league clubs sponsored by betting sites has increased dramatically in recent years, it’s important that you are safe and use trusted companies, you can search this complaints page to make sure that the sites you use are safe.