The FA Cup – Who Really is the Greatest?

The FA Cup is the oldest football competition in the world, starting way back in 1871! Its success lies in including all teams in the English Football League system – which in 2012 was 763.

The current most successful teams are Manchester United and Arsenal who both hold 12 titles each. 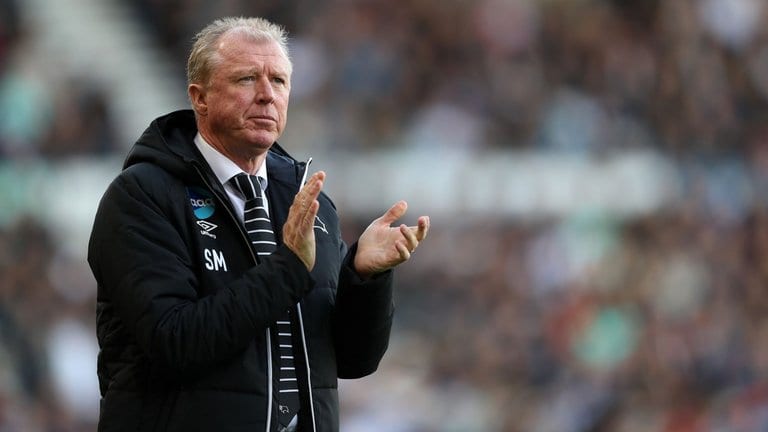 When The Small Teams Win

Over the FA Cup’s long history there have been a lot of games, and particular attention is given to smaller teams “minnows” who beat the bigger richer teams with more pedigree. These sort of games capture the true essence of football and take us away from the big celebrity image and money that revolves around football today. While it doesn’t happen too often, when the minnows do beat the big guns,  the match goes down in history and is often known as a Giant Killing.

Some notable Giant Killer’s are Hereford United (against Newcastle, 1972), Leeds (against Manchester United, 2010) and Barnsley (against Liverpool, 2008). In all these games, teams that were in no way expected to win their game came away with a shock victory.

Although amazing moments stick in football fans minds forever, the Giant Killings above are just one way to look at the success of small teams in the FA Cup. Ultimately in a knock-out competition, it’s a winning run that makes a team successful, however, we’ve decided to look at which teams have had the most overall success in the FA Cup and not had the mention that they deserved. That’s why we came up with THE TRUE FA CUP GIANT KILLERS. 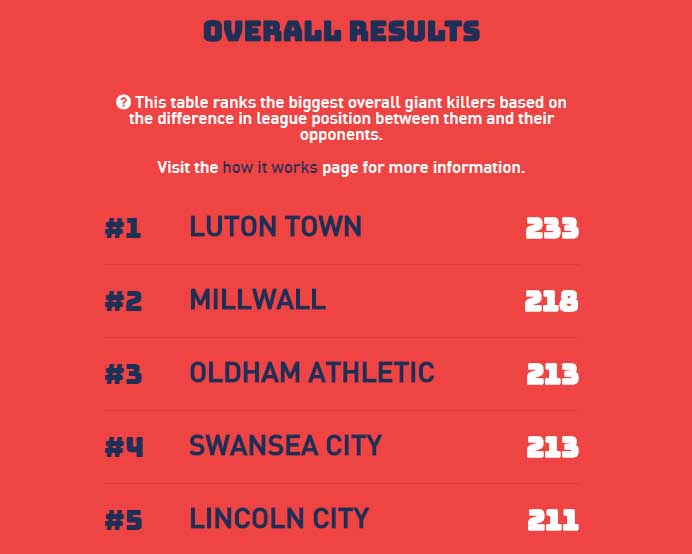 We have taken the final league position of each team that made the third round, then worked out the difference in positions between each team match-up. From this, we were able to produce a league table of which teams have done the best in the modern era (since 92/93 season).

The five most successful teams turn out to be:

This has been a delightful surprise to many fans of these teams. Their teams may not have had so many “headline” stories such as teams like Hereford and Leeds, however, remained consistent over many seasons to produce good results. In the end, this is what produces a team that will be successful for years to come.

Lincoln and Millwall have had excellent runs a couple years back and created some real FA Cup magic to reach the quarter finals.

There are some big teams still in the running though. Manchester United, Chelsea, Arsenal, Tottenham and Manchester City are more favoured by the bookies than the likes of Lincoln and Millwall. However, as we’ve seen in the past, giant killings can happen.

We’ve written more extensively about what we think will go down plus you can take check out some amazing FA Cup Betting Promotions on offer from all the biggest Bookmakers!

You may also want to read about:
You May Also Like 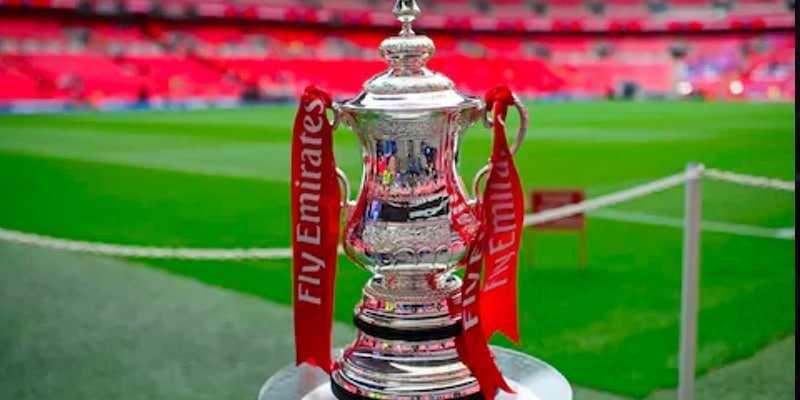