It was only back in May that Manchester City equalled a record for an FA Cup final by thumping Watford 6-0 to ensure that won all three domestic competitions last season. As is the grass roots nature of the FA Cup qualification for the next competition began as early as late July and non-league teams are already dreaming of making it to the first round proper.

Of course they will have absolutely no aspirations of winning the competition. Also, since 1888 only eight teams have won the Cup form outside the top tier. The most recent of those was West Ham which will be forty years ago by the time the next FA Cup final comes around. 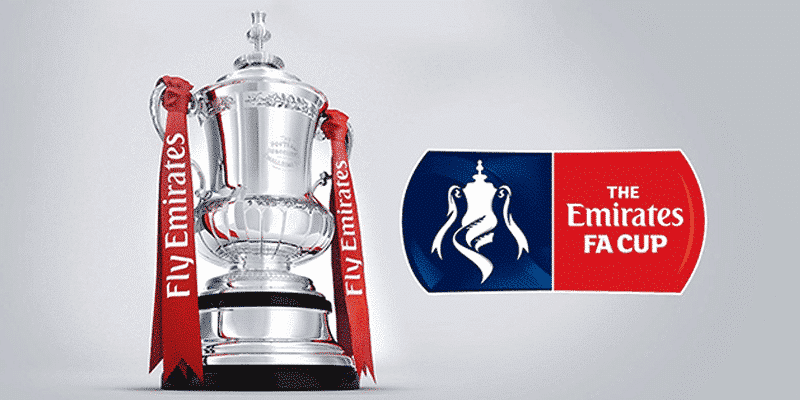 GET UP TO $1000 BONUS!
One bonus issued per customer only. Customers who open additional accounts will not qualify for sign up bonus. Skrill and Neteller initial deposits do not qualify for the 100% bonus. They are however eligible for a signup bonus of 50% up to $500 with the standard 5x point rollover requirement.

Based on that it is pretty obvious that is best to concentrate on English Premier League sides and we are going to make a prediction who we think will win the 2020 FA Cup Final.

Any reputable sports bookmaker will offer FA Cup betting. Some will offer more markets than others whilst some will not offer the qualifying rounds but others will. Here are out best FA Cup betting sites.

The FA Cup is an extremely popular sport to bet on, particular the final which is one of the most watched sporting events of the year. Here are some of the most common bets.

Match Betting – A simple bet to win a tie. It is worth remembering that the first match will only last 90 minutes and goes to a replay (excluding the semi final and final). In the replay if you want the bet to include extra time and penalties you will need to bet within the ‘To Qualify’ market. In the final this is described as ‘To Life The Trophy.

First Goal Scorer – In any match during the competition you can place a bet on who will score the first goal. It is also worth noting that you can place bets on last goal scorer or anytime goalscorer with most bookmakers.

Time Of First Goal – A relatively new bet is having the opportunity to bet on the time of the first goal. This will be typically in 15 minutes brackets.

Handicap Betting – When you consider the fact that you will regularly have non-league teams playing against first and second tier teams, there will often be what are deemed as mis-matches. This why it be worth placing a handicap bet. If Manchester United were playing Eastleigh you could place a bet on Manchester United –3. If they win by four clear goals of more your bet will win.

As is the nature of the FA Cup, a teams credentials will be massively be affected by how kind the draw is in this straight knockout competition. Teams always say they only want a home tie but if they were to be honest this is not true. If you asked Manchester City if they could avoid Liverpool, Arsenal, Manchester United, Tottenham and Chelsea until the final they may not admit it, but they would.

One thing we cannot predict is the draw so we need to ignore this aspect of things. What we can do however is consider a teams record in the competition and where there priorities may lie this season. Only twice in the last 24 years have a team from outside what is now recognised as the Top 6 have won the competition, those being Portsmouth and Wigan. With that in mind we are going to consider the Top 6 teams individual and decide who we think are going to win the FA Cup.

Last season’s winner and league champions will go into the competition as favourites. Pep Guardiola as made it clear he is happy to fight on all fronts and at one point last season they looked like winning an unprecedented quadruple. However, Guardiola must be wondering whether the demand on his team played a part in losing in the Quarter Final of the Champions League last season. There is little doubt they have the most strength in-depth with regards to their squad which means Guardiola can do a level of rotation, but we have a feeling he may take this competition somewhat less seriously this season, particularly when you consider whereabouts the semi final and final fall in the season.

Whilst Liverpool are more known for their inability to manage to win the English Premier League, they have also failed to win the FA Cup since the Steven Gerrard final 14 years ago. Whilst they are almost certainly going to be fighting out the Premier League title with Manchester City as well as trying to retain the European Cup, Klopp may well look at this competition seriously. They haven’t actually won an FA Cup final at Wembley since 1992 so they will probably give this a good go. But will a title race take their eye off the ball?

Whilst we pointed out that the FA Cup had been won by the top six 22 times out of 24 years, on none of those occasions was it Tottenham. They haven’t managed to win the FA Cup since Paul Gascoigne broke his leg in the final 29 years ago and they have not even contested a final since then! They are recognised for having one of their best sides for a long time but Mauricio Pochettino is yet to win a trophy. He is desperate to win some silverware and he will most certainly not take this competition slightly.

Chelsea have a strong recent pedigree in this competition and have won five of the last 13 competitions. They have had an indifferent start to the season with Frank Lampard in charge and obviously have a transfer embargo to deal with. This coupled with the fact that they are also in the Champions League means that competitions may need to be prioritised. There is a fair chance the FA Cup will come below the Premier League and Champions League in this regard.

Arsenal are one of two teams on this list that are not competing in the Champions League, they are however playing in the Europa League, a competition which can gain access to the Champions League. With this in mind the fact they are not competing in Europe’s premier event will probably not be to much of an advantage when it comes to winning the FA Cup. That said, Arsenal manager Unai Emery will be desperate to bring some silverware to the club for the first time in his tenure. After all Arsenal have a great pedigree in this competition and no one has won it more. They have also won it three times in six years.

Manchester United are also not in the Champions League but will be using the Europa League as a safety net if it looks like they cannot qualify for the Champions League via the Premier League. This means all six teams in this have a heavy workload. The main issue we have in considering Manchester United for the FA Cup is that we consider them to be the weakest team on this list, despite 4-0 win against Chelsea on the first day of the season. They would equal Arsenal’s haul of FA Cups, but are they good enough?

Most people will probably predict Liverpool or Manchester City for the FA Cup and that is understandable. However come March they may well be the only two teams on this list fighting on all fronts and we can see that affecting their FA Cup run when it gets to the business end.  Whilst this may also be the case for Tottenham Hotspur we think Pochettino will be looking to win any form of Silverware he can this season. For that reason we are tipping them to win their first FA Cup since the early 1990’s.

Do you also fancy Spurs for the FA Cup? Or anyone else for that matter? Why not check out the FA Cup Odds 2019 at the below bookies and have an antepost bet. Please note that FA Cups odds Ladbrokes may differ from FA Cup finals odds William Hill.