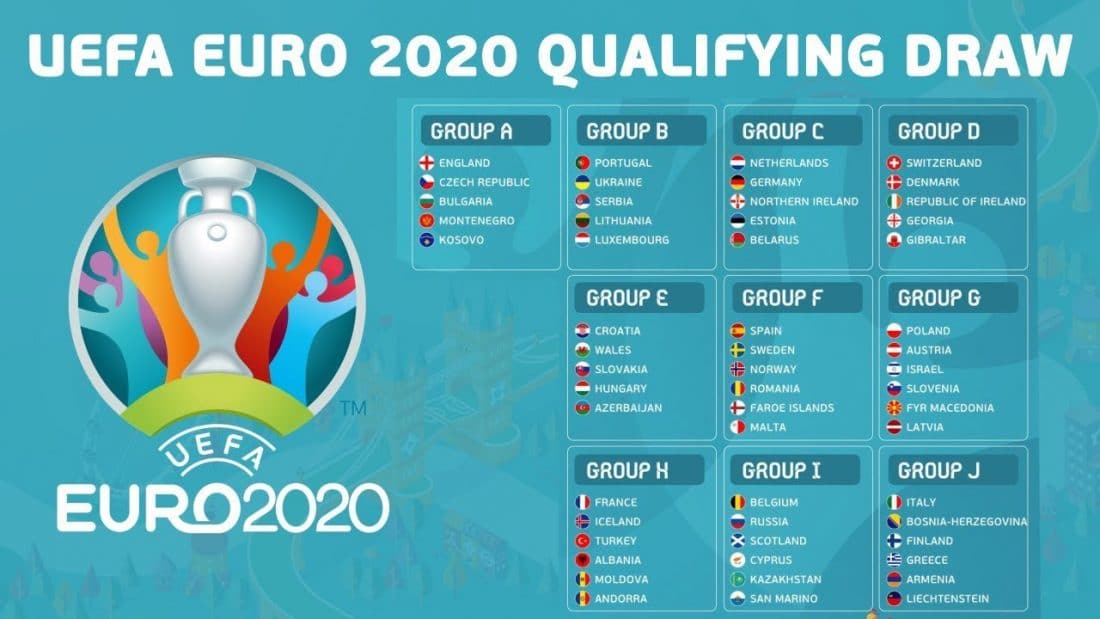 The competition starts on 12th June and runs for exactly one month. The idea of sharing the competition between nations was an idea of former and disgraced UEFA President Michel Platini who thought it would be ‘romantic’ to share it out on the 60th anniversary of the competition. There are 12 selected cities that will host the competition, these are London, Munich, Rome, Baku, Saint Petersburg, Bucharest, Amsterdam, Dublin, Bilbao, Budapest, Glasgow and Copenhagen. Brussels was also pencilled in however concerns with the stadium resulted in the four games they were hosting being moved to Wembley. This means Wembley will host seven matches as they had already been pencilled in for the semi finals and final.

Below we have what we think will be the best value betting sites for this massive event offering some fantastic promotions.

UP TO £100 IN BET CREDITS
Up to £100 in Bet Credits for new customers at bet365. Min deposit £5. Bet Credits available for use upon settlement of bets to value of qualifying deposit. Min odds, bet and payment method exclusions apply. Returns exclude Bet Credits stake. Time limits and T&Cs apply.

UP TO £50 WELCOME BONUS
New Customers only; Min. deposit £15 (no Skrill/Neteller); Bonus amount is 100% of deposit up to £50; Offer can be claimed once per household; Wager the qualifying deposit and bonus amount 8x within 30 days to convert bonus winnings into real money; Wagers must be on min. odds of 4/5 on singles or acca bets with min. odds of 2/5 per selection to qualify; Max. stake contribution to wagering requirement is the value of your bonus; Certain bet types are excluded; See full terms; Terms apply; 18+ 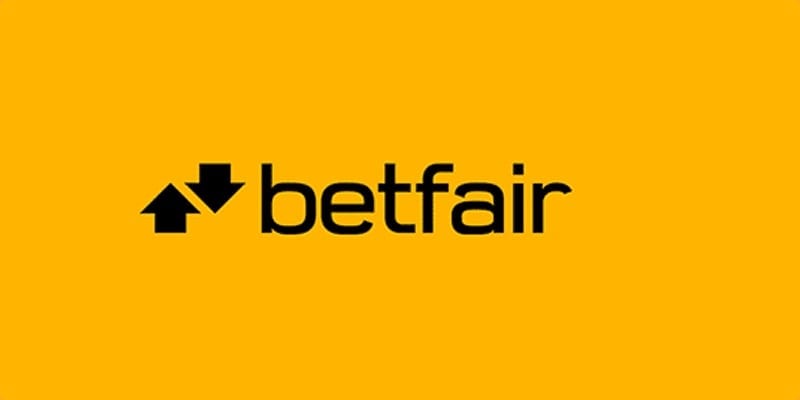 A RISK FREE £20 FREE BET
New customers only, limited to one per person. If you’ve previously had a Paddy Power account, you will not qualify for the offer. Place your FIRST bet on any Sportsbook market and if it loses we will refund your stake in CASH. Max refund for this offer is 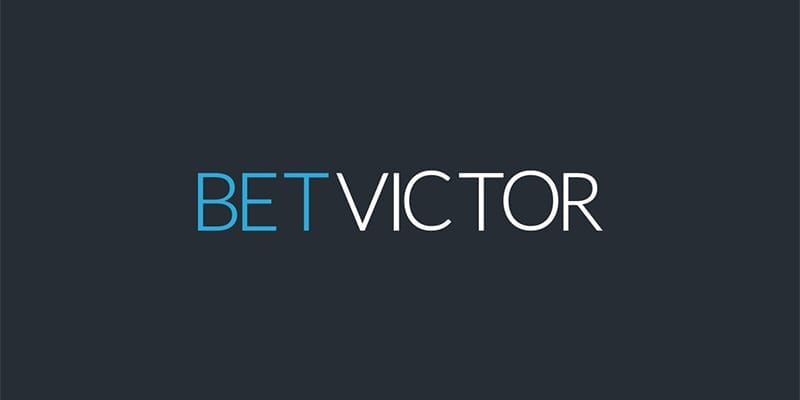 BET £5 GET £30
*New Customers only. Deposit and place a £5 qualifying bet at odds of 2.00 or greater within 7 days of opening a new account; excludes cashed out bets. Receive 2x £10 Free Sports Bets, valid on set events only (1 at odds 2.00 or greater), expires in 7 days, plus a £10 Casino Bonus, expires in 7 days. Wager the Casino Bonus 40x to withdraw winnings. Credit or Debit card only. Geographical Restrictions. T&Cs Apply, See Below.

Euro 2020 betting is guaranteed to be extremely popular. The most popular market will be which team will win it and we think you can narrow this down to five teams. That said, Greece and Denmark have sprung massive shocks in the past so you cannot rule the whole field out. When Greece won the competition in 2004 the only team behind them in the betting were Latvia.

We believe the winner will come from France, Germany, Portugal, Holland, Spain, Belgium or England. This is of course in some ways stating the obvious, but we are going to decide who of these has the best chance by assessing each team individually.

As well as the standard bets that you can place on any football match such as match winner, first goal scorer, half time/full time etc, there are also various other markets that are more specific to tournament betting. Below are some examples:

Group Winners – Back a team to win one of the six groups. This could be placed into an accumulator with the other five groups.

Stage Of Elimination – Fancy at team to make it all the way to the final or even exit as early as the group. You can place a bet on this. Accumulator will not be accepted as it will be a ‘related bet’

Golden Boot Winner – You can also place a bet on who is going to score the most goals. If there is a tie your odds will simply be reduced. Bookmakers regularly offer a double of a player to win the Golden boot and his team to win the competition.

Player Of The Tournament – In every Euros there is a player of the tournament. Can you work out who is going to light up the 2020 Euros?

France are of course World Champions. They played exceptionally well in that competition and aside from a tight game against the Belgians in the semi-final they put everyone else to the sword. They have some superstar players, not least Kylian Mbappe who is only going to get better between now and the tournament. They have however, been disappointing since winning the Jules Rimet. They failed to make the latter stages of the Nations League and have lost games they would not have expected to in qualifying. However, it is all about peaking at the right time. Could they repeat what they did in Euro 2000 and follow their World Cup victory with Euro success? Their Euro 2020 winner odds will likely be the shortest in the competition.

This is not a vintage German side. They showed that in the 2018 World Cup when they finished bottom of the group. The issue with Germany is they always seem to bounce back from poor showings at competitions by winning or coming close in the next. They have some special talents, particularly Leroy Sane who was strangely left out of the last World Cup. They seemed to have turned the corner and are making light of qualifying at the moment, but are they good enough against the very best teams in Europe at the moment? Their Euro 2020 outright odds will likely be in the top four in the betting.

On recent form Portugal should really be favourites for the competition. Their performance in the Nations League against Holland was extremely impressive and they are also the holders of the competition despite finishing third in their group in Euro 2016. That competition proved they are not a one man team as Ronaldo was missing from the final against France. Ronaldo will be 35 by the time of the competition but they also have the terrific Bernado Silva. Some teams may look better on paper but they have a massive chance based on their Nations League showing.

The Netherlands have always punched above their weight when you consider their population. That said, they failed to qualify for the last World Cup. Since then a number of young players have risen to prominence from the Ajax side and they of course have Virgil Van Dijk. They looked impressive when out-playing England in the semi-final of the Nations League and play football the Dutch way. It would be extremely naive to rule them out.

It is no wonder that Spain have been on a bit of a downward spiral after their ludicrous achievements that resulted in winning three major competitions between 2008-2012. They have lost some incredible players to retirement which includes the incredible midfield pairing of Andreas Iniesta and Xavi. It was never going to be easy to replace such iconic players but they still play the same brand of football. This means that they will almost always have more possession than the opposition meaning they can beat anyone on their given day. Unfortunately some teams have learnt how to combat this, particularly considering they do not do it as well as in their golden era. The odds to win Euro 2020 for Spain will be bigger than they have been for a while

Belgium have for a long time carried the “underachievers” label which Spain carried for so long. They have a golden generation of players led by Eden Hazard and  had a terrific World Cup before losing to  eventual winners France in the semi-finals. This is a major opportunity for this team to finally fulfill its potential and on paper it is hard to rule them out.

The Three Lions are still awaiting their first major tournament win since 1966. They exceeded expectations in the last World Cup although some people ascertained they beat little in getting to the semi-finals. One thing they do have is plenty of young talent, some of which has appeared since that World Cup. They performed well to reach the Nations League semi final but will be very dissapointed how they capitulated against the Netherlands in extra time. The main slight against England is that they have not beaten an A-List country in a major competition for a very long time. When you consider the quality of the teams on this list they will have to do this on more than one occasion if they want to be victorious. One big advantage they do have is that if they make the semi-finals of final they will have the game at Wembley. England to win Euro Odds 2020 will likely be as short at 5/1.

It is an extremely open competition and any of the above could win the competition if they hit form at the right time. We are going to side with Belgium. The talent they have is undoubted and we think they can fulfill the promise they have some for years to win their first major competition. We also think that Lukaku could be a good bet for the Golden Boot if they go deep in the competition. Euro odds winning will differ from bookmaker to bookmaker so why not check the three below.

Since being founded in 2007 BigfreeBet.com has grown to be one of the top go-to betting comparison sites, especially when looking for free sign up offers.

We also offer a number of betting articles and advice on different topics.